Genres: Action
Features: 3D, Shooter Developer: Glu
Require:Android 2.1 and up
Frontline Commando - a military shooter in which you should get up one against a huge number of the armed enemies who, without feeling sorry for cartridges, try to destroy you. The whole your special group which was sent for prevention of capture of the power by the dictator, was destroyed in an ambush. Having remained alone in the enemy territory, you should show everything you were taught during preparation to survive and revenge for fighting companions. It not an adventure, here you will simply stand behind shelter and shoot at appearing enemies, squat taking cover from firing behind the destroyed wall or at the time of a recharge of the weapon. When the grenade flies at you, you can turn aside, your character will run across and will make somersaults and will take the position already in other place.
The game has excellent three-dimensional graphics, convenient management, a large number of arms and maps. Try to pass through this hell and to survive! 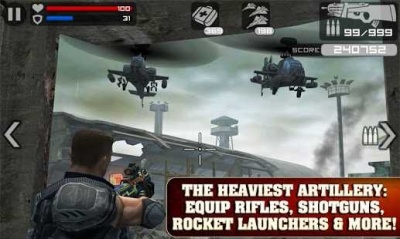 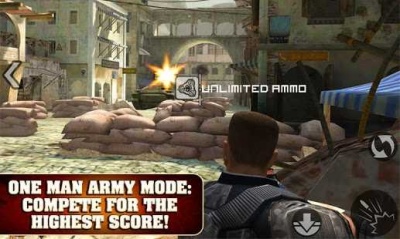